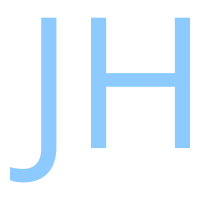 The Science and Theory

“We shall not cease from exploration

And the end of all our exploring

Will be to arrive where we started

And know the place for the first time.”

Emotionally Focused Couples Therapy (EFT) was created by Dr. Sue Johnson (University of Ottawa) in the mid-1980s as a treatment approach to help couples transform their distressed relationships by learning to connect in new ways that are safe, warm, mutually respectful, and emotionally engaged. Since that time, EFT has expanded and is now used not only with couples, but also with individuals and families.

EFT is the most well-researched and empirically validated couples therapy being used today. Studies have shown that 70-75% of couples undergoing EFT treatment successfully move from distress to recovery, and approximately 90% report significant improvement within just 10-12 sessions. In addition, recovery has been shown to be quite stable and lasting, with little evidence of relapse back into distress (Johnson, 2019).

EFT is anchored in Attachment Theory which, backed by over 50 years of research and now modern brain science, has shown that human beings are social bonding mammals who are “hardwired” to seek physical connection and emotional comfort from significant others.

Attachment is an evolutionarily developed survival strategy encoded in the brain and nervous system. In times of emotional duress, fear or danger, we are neurobiologically compelled to seek closeness with important others for physical safety as well as for mental and emotional co-regulation (Bowlby, 1969/1982; Wallin, 2015).

It used to be thought that “dependence” of this sort belonged exclusively to the early life bond between parent and child and was something that one needed to outgrow in order to become a mature, autonomous adult. Research has disproved this thinking and healthy attachment is now viewed as something all people need throughout the life span, “from the cradle to the grave” (Bowlby, 1969/1982; Wallin, 2015).

Human beings are fundamentally relational. This means that both our experience of self and our experience of others are shaped in large measure by the important relationships that make up our life, past and present. To say this another way, human beings don’t just have relationships, we are our relationships. While it might seem a contradiction, the research is clear. The more embedded we are in “healthy dependence” the more resourced, confident, resilient, and free we are to be our full, autonomous self (Wallin, 2015).

Self-reliance can be empowering and most of us periodically require at least some alone-time to be with our thoughts and recharge our batteries. And yet, over the long term, when “time apart” turns into “social isolation,” the disconnection that follows can wear us down in ways that we are physiologically incapable of replenishing on our own as individuals. Even people who choose to live free of romantic attachment still need meaningful connection and healthy dependence with a few important others.

But just living in partnership with someone or having a big friend group is no guarantee against isolation. Lots of people feel lonely, unseen and unheard in the midst of their marriage or relationship, or when amongst friends. (Hello social media!)

So, how does all of this apply to the couple?

For starters, let’s be clear, all adult romantic relationships have problems. Life is complicated, people are difficult (yes, even you!), and conflict is to be expected. But the day-to-day issues that most couples argue over, while real and important, are often just a stand-in for a much deeper problem that the couple can neither get near nor resolve. That problem is the couple’s attachment bond and, more specifically, the habitual, negative pattern of interaction that they get pulled into time and again.

It doesn’t matter if the discord is brought about by a conversation about something important like money, sex, communication, parenting, etc., or something totally inconsequential like whose turn it is to do the dishes. Once the attachment bond becomes threatened, the brain and nervous system react as if the organism itself is under threat. In response, the body’s fight, flight or freeze response takes over and rational thought is subjugated to instinct. Now, the argument that started over the dishes escalates to an existential fight for emotional survival (Johnson, 2019).

The way partners react to one another in an attachment battle tends to follow the same cyclical pattern. Over time, the moves each partner makes in response to the other become habitual and automatic, and, therefore, very difficult to change without outside intervention (Bowlby, 1980, as cited by Brubacher, 2017.) It’s as if once the music of emotional disconnect starts to play, the couple is compelled to dance the same dance steps over and over again (Johnson, 2019).

Every distressed couple has their own version of the negative cycle, their own dance.  But, generally speaking, it typically involves some version of one person getting assertive (pursue/criticize), and the other person shutting down and turning away (withdraw/defend). Either partner can trigger the negative cycle, and the more times it gets enacted, the stronger and faster it becomes.

The negative cycle is a dance of futility because no matter the outcome of the argument the partners tend to remain upset and emotionally distant from one another. “Fine, I’ll do the damn dishes!” “Fine, you do that!”

In time, the negative cycle basically owns the couple. The partners unintentionally created this thing, and now they are its victims (Johnson, 2019). The couple still might function well-enough in other areas such as parenting, socializing, work and home life, and even sexually (sometimes); and yet, the partners themselves will be emotionally distant from one another and increasingly unable to bridge the divide that separates them. In effect, what has happened is that the partners’ respective nervous systems no longer trust each other and, in response, have closed the two people off from the clear communication and emotional vulnerability that are the lifeblood of meaningful connection and systemic co-regulation. This is how, over time, lovers can devolve into perpetual combatants or chummy, intimacy-less roommates.

So how does Emotionally Focused Couples Therapy foster change?

EFT seeks to help couple’s transform their relationship by getting beneath the negative cycle that has them trapped and using the powerful emotions and attachment longings that lie below to create a new, positive cycle of interaction that draws the partners close to one another instead of pushing them away (Brubacher, 2017).

As therapist, my first objective when working with a couple is to create a “safe base” where both partners feel heard and understood. My position is non-judgmental and I hold them both in “unconditional positive regard.” I don’t believe in bad people, just troubled relationships that sometimes drive good people to do foolish and hurtful things (Rogers, 1951).

Our work is collaborative and respectful. I know the route over the mountains but the couple does their own walking, carries their own gear, and sets the pace. They are the experts on the terrain of their lives. If a sudden storm blows up between the partners (it’s all but guaranteed), we hunker down and work it through. If the partners are unable to cross a section of river, we don’t force it. We back off and then work together to find a more manageable route to the other side.

EFT is an experiential therapy which means that change happens in real-time in session (or sometimes later between sessions). Change is predominantly emotional and behavioral and only secondarily cognitive. This is different from most traditional therapies which tend to rely on intellectual insight and understanding (cognitive) to bring about change. By contrast, EFT initiates emotional and behavioral change and lets insight and understanding follow after.

There are 3 Stages of treatment in EFT.  In Stage 1, called “deescalation,” the couple comes to see the negative cycle as their true enemy and not one another as they likely previously believed. The partners now know one another’s triggers and the reactive, self-protective moves (dance steps) that each of them makes when their attachment bond and nervous systems perceive danger. As a result of this new experience, the partners become a team against the negative cycle.

In addition, the partners are also now more in touch with, and better able to share with one another, the more tender emotions and attachment longings that the negative cycle prevents them from getting near. In effect, the couple comes to see that the argument was never really about whose turn it was to do the dishes, but was really about the two of them feeling disconnected from each other and, therefore, existentially unsafe and insecure (Johnson, 2019).

Most traditional couple therapies terminate once the couple achieves their version of deescalation. By now the couple is communicating better, the fights tend to be fewer and less intense, and instances of closeness and lovemaking often become more frequent. So what could there possibly be left to do?  In a word: Lots.

Research has shown that one of the reasons couples often relapse back into distress after the termination of therapy is because, by itself, improved communication doesn’t go deep enough and lacks the power necessary to create truly lasting and systemic change (Johnson, 2019).

In EFT, the achievement of deescalation is merely preparation for the further work of Stage 2 in which the partners, now feeling newly safe and aligned with one another (i.e., calmer, more trusting nervous systems), work together to transform their insecure attachment bond and create a new, positive cycle of interaction that is equal in power to, and equally self-reinforcing as, the negative cycle.

To achieve this, the therapist helps each of the partners further access the various needs, fears, and parts of self that their ineffective attachment strategies (the negative cycle) have served to mask or, as is often the case, keep entirely outside of conscious awareness (Johnson, 2019; Wallin, 2015).

By the end of Stage 2, the more withdrawing partner who previously tended to minimize emotion and sought solace by going off alone, now increasingly turns towards their partner from a position of ever-greater emotional engagement and appropriate assertiveness. At the same time, the more pursuant partner, who previously tended to seek emotional contact and solace by reaching for their partner with anger and criticism, now softens and is better able to ask for their needs to be met from a position of greater openness and emotional vulnerability (Brubacher, 2017; Johnson, 2019).

Lastly, in Stage 3, the couple consolidates the work that they have done. They own their story and can describe their trek across the mountains and how they managed, step by step, to travel from their once insecure attachment bond to one that is now safe, secure, emotionally open, warm and flexible. The impossible problems that first brought the couple to therapy are revisited now and new solutions are midwifed into being. And, finally, the couple continuously builds upon and reinforces their story of success by speaking aloud recent instances of new positions taken, positive cycles enacted, and moments of secure attachment shared with brazen tenderness, receptivity and love (Brubacher, 2017; Johnson, 2019).